There are many steps involved in building a house, which is obvious, but what I didn’t know was that there are so many steps within each step. For example, before you can lay a slab, you must first have a pad, which is, in a nutshell, dirtwork to make the site level. Plumbing and electrical must then be installed and inspected. The footings must be dug and the rebar placed before it can be inspected and approved so the concrete can be poured in the footings. Class A rock must then be brought in and laid on top of the pad, which must be sprayed for termites (who would have thought termites could be an issue in an almost exclusively metal dwelling?). The stove’s downdraft and the floor electrical receptables are then installed, and then finally the slab must be formed and then poured. With all of that said, there has been some major progress on the Bright container house. The progress includes:

1.) 1,300ft of water line was trenched and placed, as well as 800ft of electrical installed,  600 above ground, 200 trenched and placed underground- (we didn’t want to tear out any trees in our new devotion to protect our natural environment)

2.) The plumbing and electrical has been installed, inspected and approved underneath the slab. 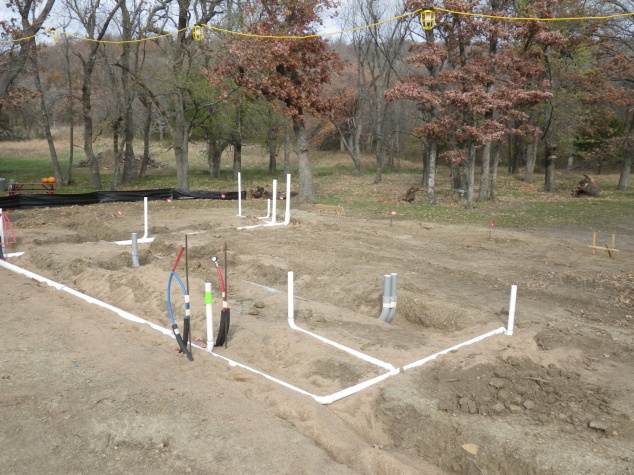 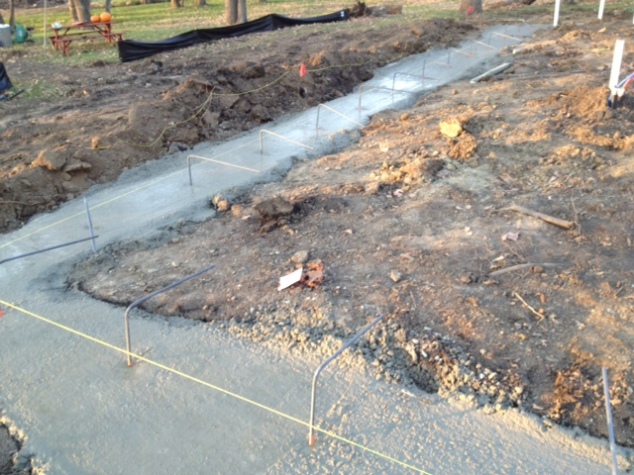 4.) Class A rock was put on top of the pad, which was sprayed for termite control.

5.) The forms were built for the slab, and rebar and a vapor barrier were installed. 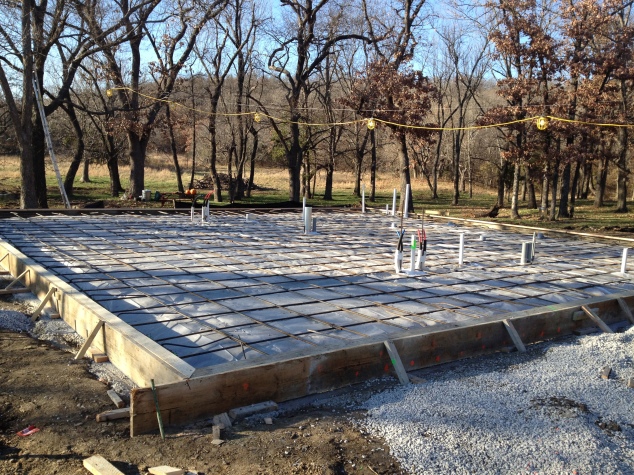 6.) The slab was officially poured on the 8th of December! 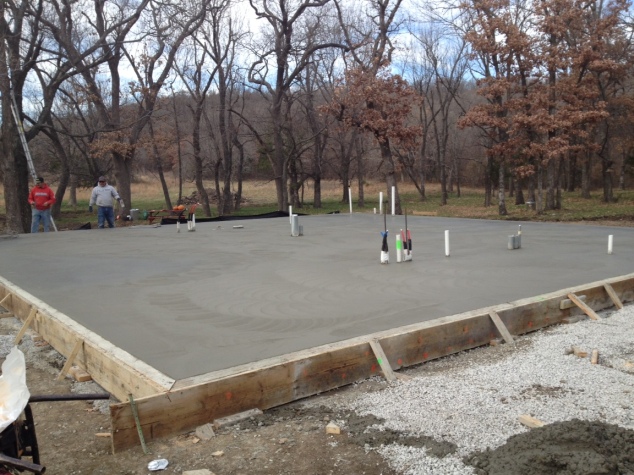 7.) Saw cuts, or relief cuts, were made in the cement to protect the slab from cracking. Since the slab will be our floor in our main living area, Kent and Tyler decided to add some character. Instead of filling the cuts with grout, they came up with a great idea to fill them in with aluminum, which will be flush with the floor. It will add a little metallic flair to the floor and room. 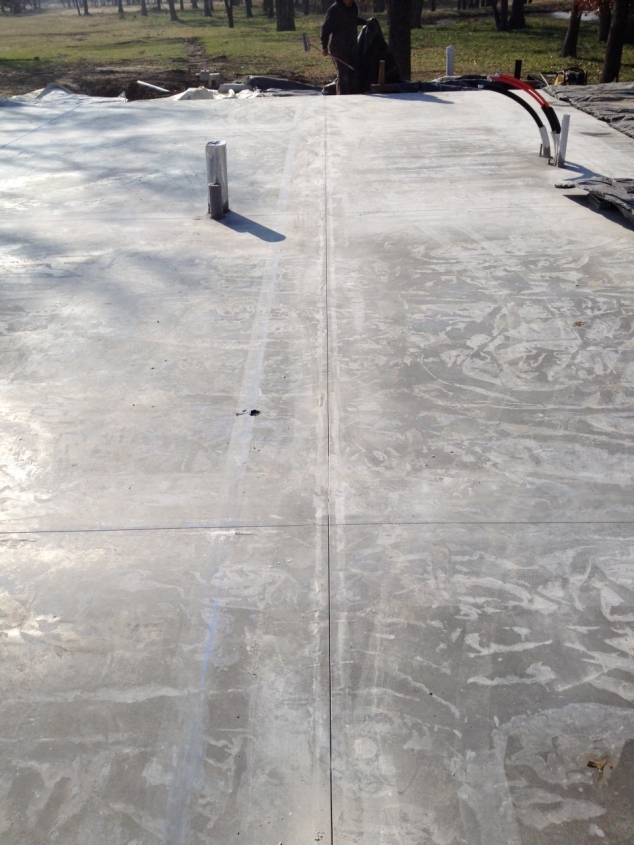 8.) Last but not least… The first, of five containers, is officially in the shop! Which means… Cutting on the container will soon happen! (it has actually started, but that’s a different post for a different time)