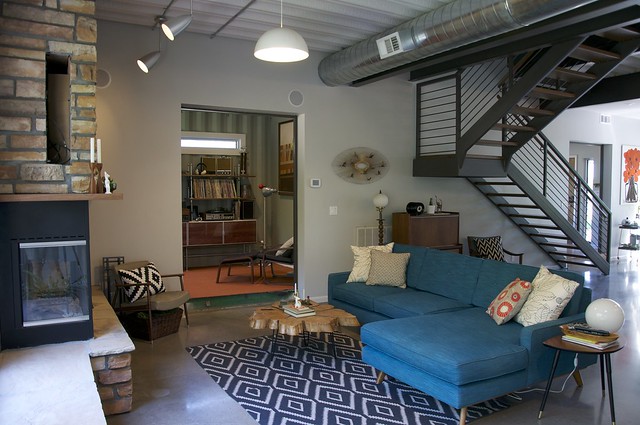 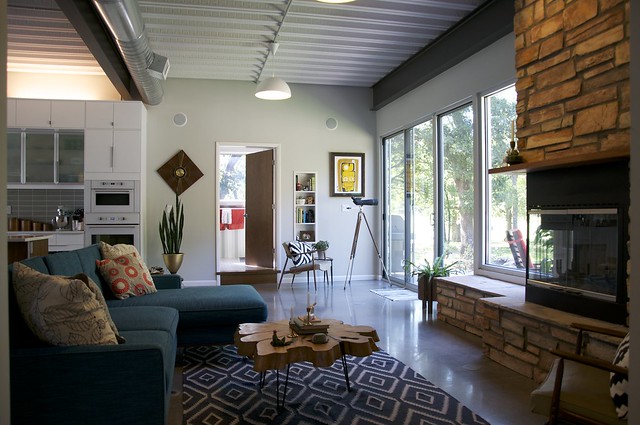 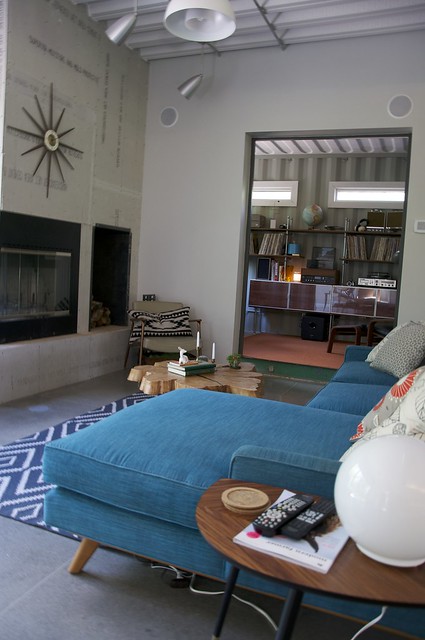 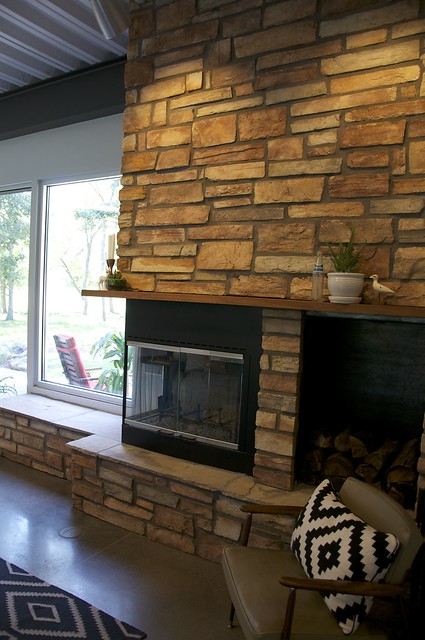 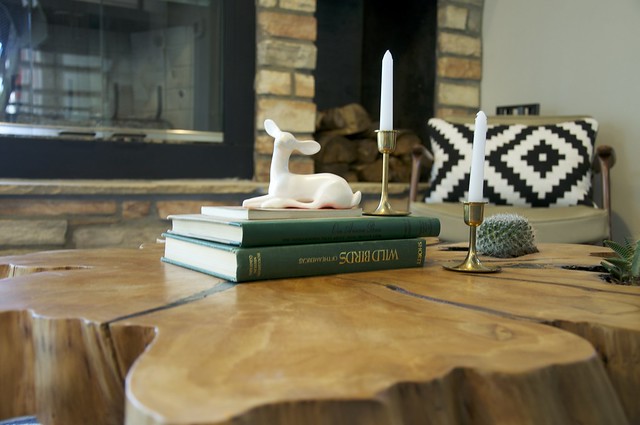 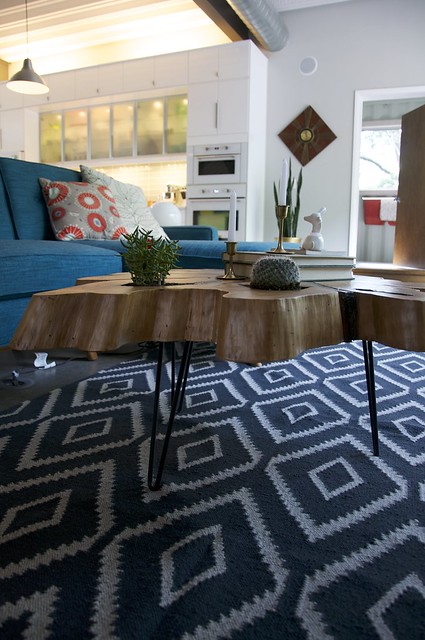 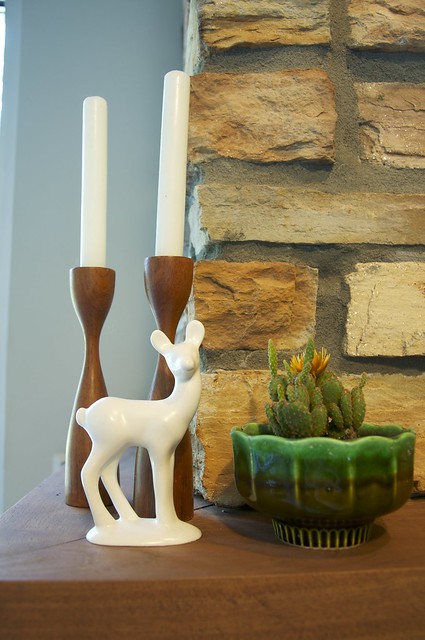 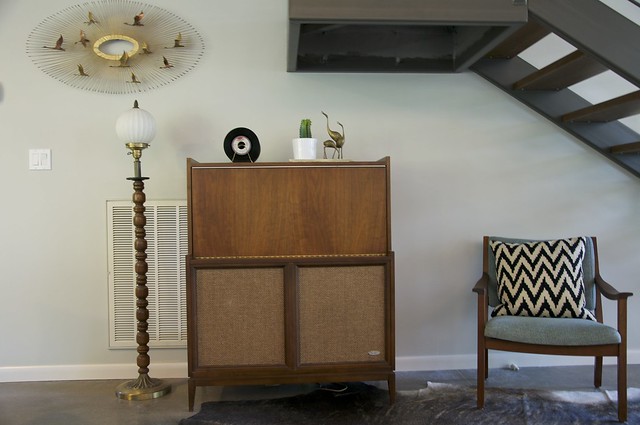 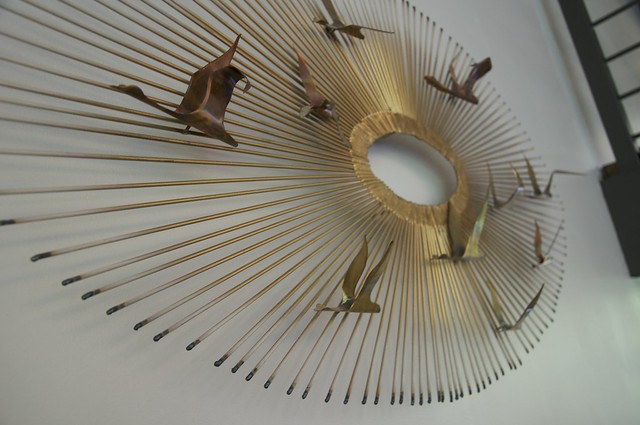 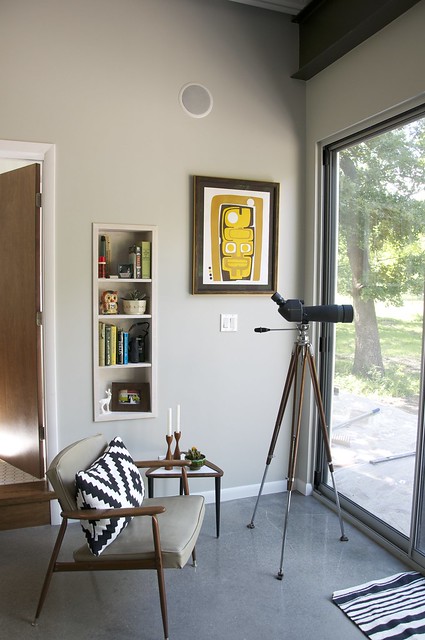 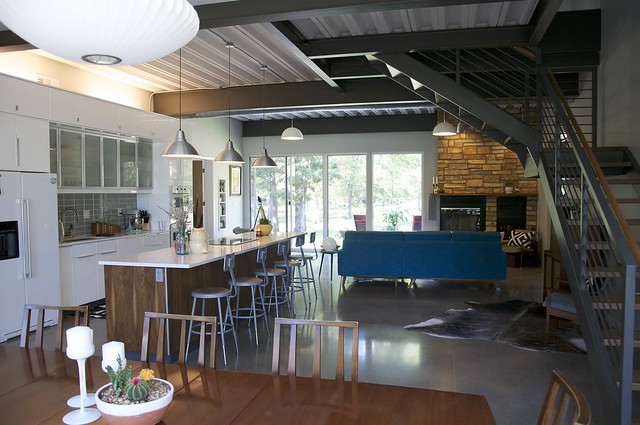 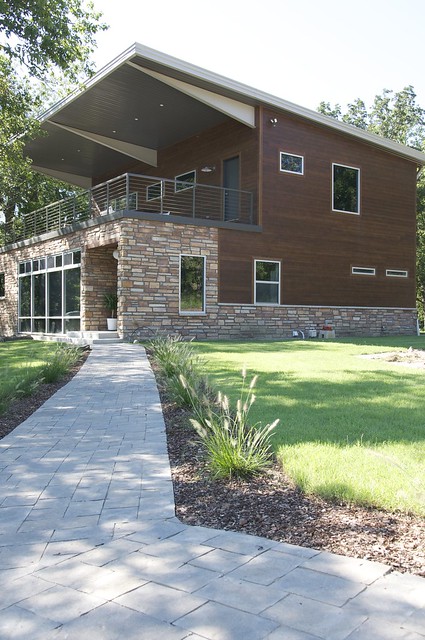 And so the tour continues, right on into our kitchen

If you have been following the blog for awhile, you may remember when we brought home our kitchen cabinets in a gigantic U-Haul, (click here), or when we had a kitchen building party, (click here)

Well now come and look at the finished product.. 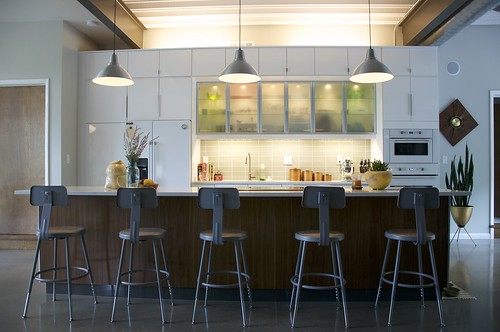 The high gloss white cabinets you see are from Ikea, and so are most of the appliances. The barstools are from a school supply website, and are actually laboratory stools, they were much more affordable then other barstool options, and fit in perfect with our house.

This picture is a little dark, but I wanted to show where it was in relation to the dining room. 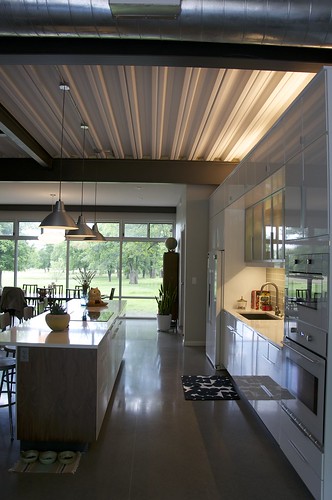 It’s hard to believe that this is the same view from just a little over a year ago. A year and 15 days to be exact. 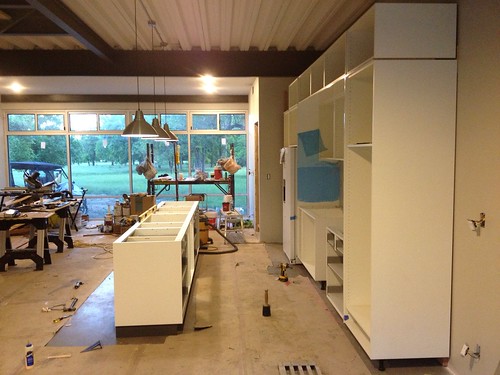 We wrapped the island with walnut plywood and then used Howards Restor-A-Finish to give it is color, and then sealed it. I love two-toned kitchens, with the dark wood and white cabinets, but we couldn’t quite afford walnut cabinets, so this was our solution. It only cost us about $300, but it gave the kitchen a high class look. 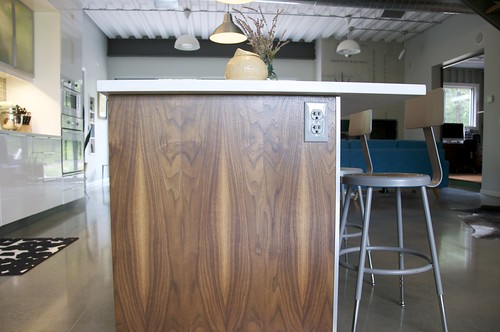 Here are just a few other detail shots of the kitchen.. 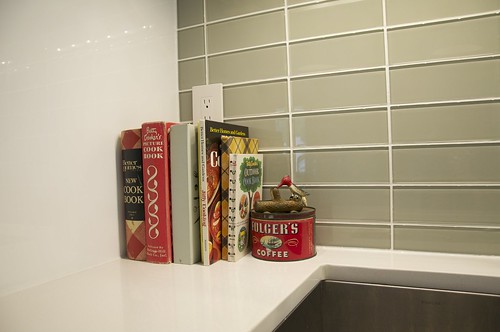 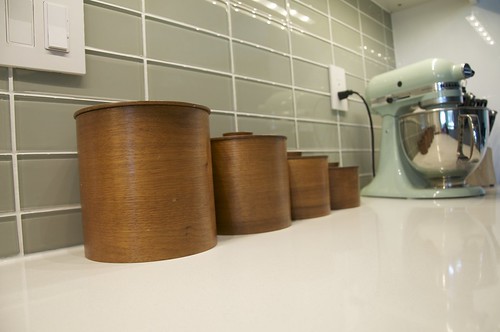 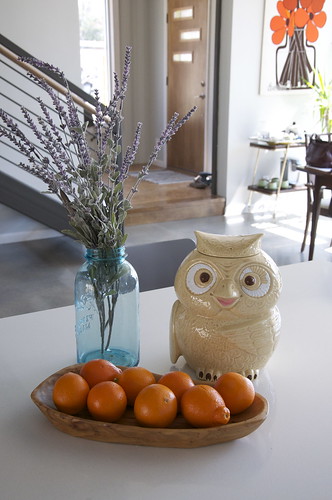 Still to do in this room:

but besides that.. its all finished..

So there you have it.. our kitchen.. Next up, the not so finished living room.